‘Synth Wave Volume 1’ challenges the apathetic and predictable current popular music scene and features an array of artists who are regularly championed by the likes of BBC 6 Music, BBC Introducing, and Radio X. 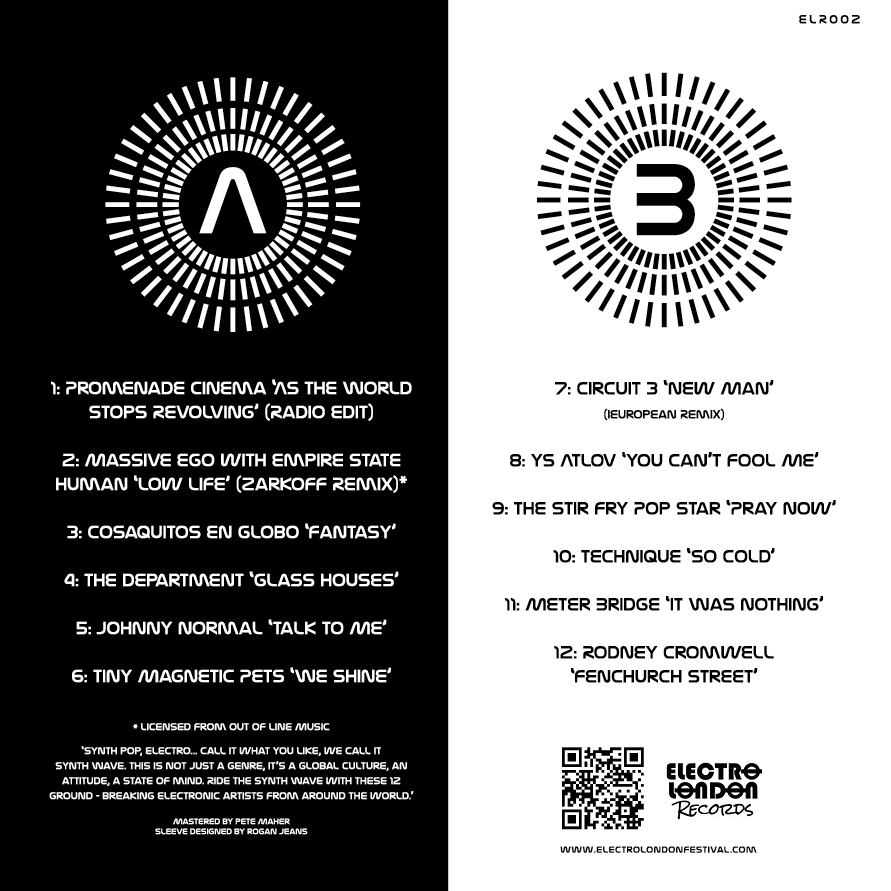 Synth Wave is not just a genre, it’s a culture, an attitude, a state of mind. This is not just a compilation album, more a reflection of a world-wide music phenomenon that is happening now in cities around the world… with artists from Argentina, France, Canada, UK, Sweden, Ireland and Brazil. Exciting, acclaimed artists with new songs, inspired by their electronic peers, with synthesizers, emotion, style and attitude…

Listen to a snapshot of the entire ‘Synth Wave Volume 1’ album, followed by the 12 tracks in full. CLICK HERE

As Rob Green states: ‘Synth music has crept from the shadows (where it has been hiding since the mid-eighties) and is infiltrating even mainstream music these days. The majority of bands in the charts once again have a synthesizer. Synthwave takes it further, continuing the impact made by the early electronic pioneers (Kraftwerk, Human League, Soft Cell, Numan, Ultravox, Visage, John Foxx, with those incredible synthesized machine sounds fused to emotional, anthemic and impactful songs.’

**Rob Green performs with The Department, was signed to Feargal Sharkey’s label and has remixed for artists as revered as Robbie Williams and William Orbit… Johnny Normal meanwhile performs with his post-punk electronic rock-pop group, and has toured with the likes of Adam Ant and Blancmange. (he’s also a Swine Flu survivor – surviving a 7 month battle with the disease back in 2014!). Johnny hosts a regular radio show promoting independent synth music.

For more information and for interview/feature opportunities, please contact publicity3@quitegreat.co.uk or call 01223 84444