Olisha Naiker has debuted her new single ‘Strangers’ and wants the whole world to listen to it.

Passionate about her music, Olisha has been influenced from artists such as Michael Jackson and Jay Sean.

‘Strangers’ has a cool and atmospheric video to accompany it, Olisha wants the video to be a big influence on her audience as it teaches a lesson on how to let someone go who is now a stranger.

You can listen to ‘Strangers’ below:

‘Strangers’ has definitely made Olisha’s comeback with a BANG.

Make sure you listen and watch the video.

You can catch Olisha on social media here:

Taken off of her upcoming project, Stefflon Don releases Real Ting, tipped as one to watch for 2017, please don’t disregard her capabilities, with co-signs from huge names in the industry, 2017 is looking to be her year.

Having dreamed of a successful career in the music business all her life, Chey appeared on a number of national television shows, including ‘Saturday Superstore’ as well as Owen Money’s ‘Just up your Street’. Chey also appeared on ‘Moon and Stars’ with Rupert Moon ex Welsh Rugby star (pictured).

It is only recently however that her career has begun to take flight after being spotted by top producer David Ezra, who has worked with X Factor finalists ‘Reggie and Bollie’ who have had over 4 million hits on YouTube, David says “when I came across Chey’s demo I loved her voice and just had to invite her to my studio in London, I brought in Shakil Hussain, a songwriter also from London to join us and within one day we had written and recorded Dirty Love.”

Dirty Love takes a unique view upon a love affair where the woman is in total control of what happens next. Speaking on the track Chey says “I wanted this song to emphasise the power of a woman, and how she uses her sexuality to get what she wants.” Having had previous support from Chris Needs MBE (BBC Wales), Chey hopes her new single will captivate audiences.

Dirty Love is set for official release on January 20th 2017, and available for pre-order December 23 on ITunes, Spotify and Tidal.

Introducing you to the real life ‘Pirate‘ Jvgg  Spvrrow, ‘Pirate’ by name and nature. Growing up in St Martin where they speak English and the other half French, the bi-lingual artist writes all of his own lyrics and adding to his Pirate image he also does all of his tattoos. 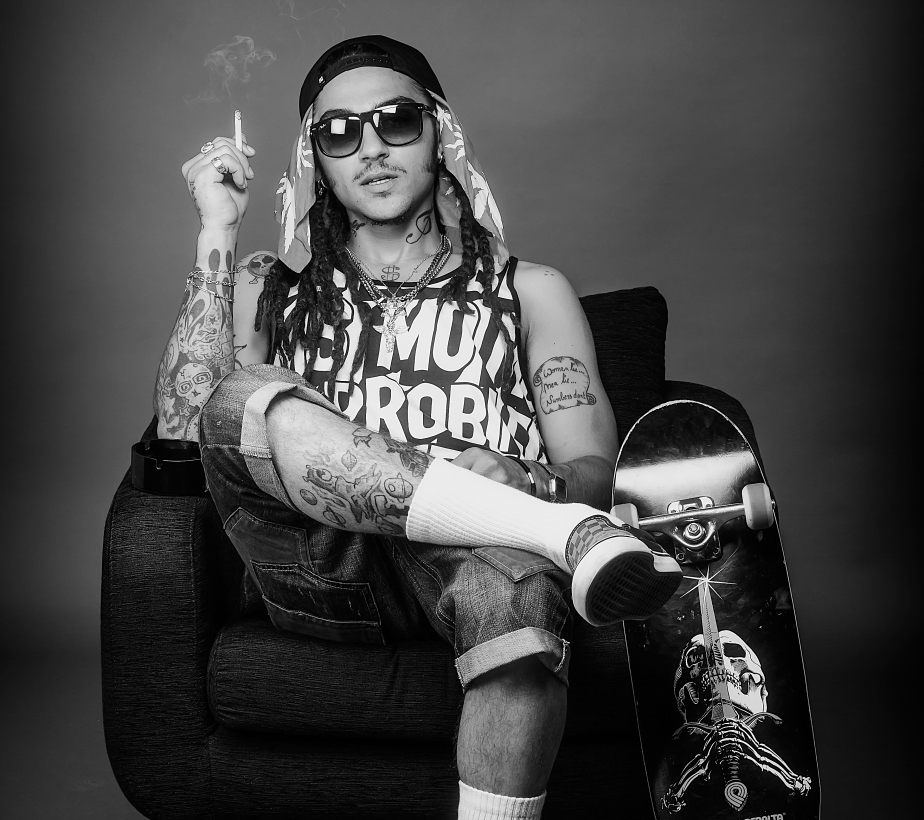 Jvgg Spvrrow has learnt and built his way up from the streets of St Martin, from life on the block to living life in the studio, music is his religion. This is where his term SM on Da Map comes from, meaning St Martin To The World. Having lived an interesting life he has lots of stories to tell, he is a very eclectic artist recording many different styles, from Hip-Hop to Reggae and Electro. 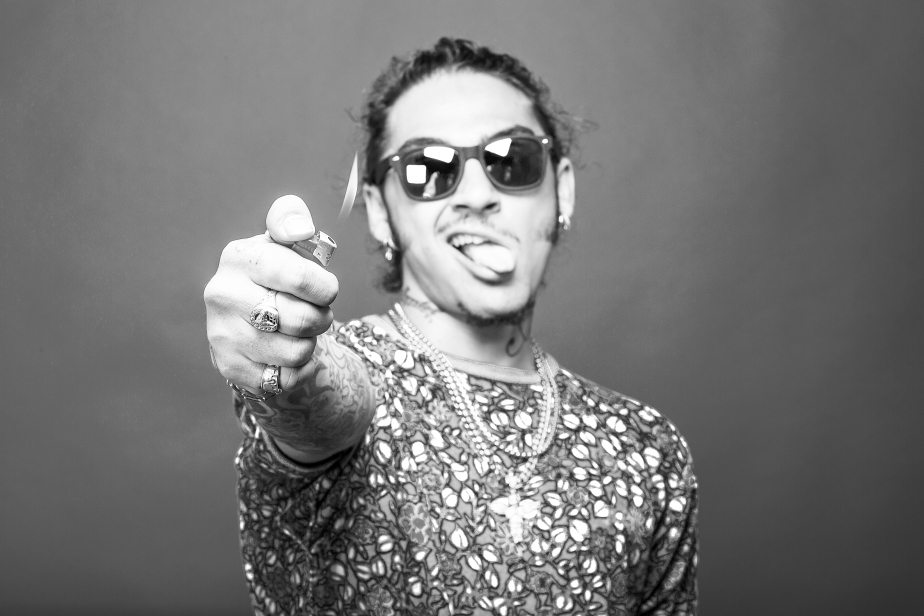 Pirate is Jvgg Spvrrow’s latest release, with a dope hip hop vibe, it is gritty and raw and exactly what you want from a hip hop track, Jvgg Spvrrow is ready to take St Martin to the world.

Richie Ramone, the Ramones’ legendary former drummer, is reinvigorating rock’n’roll with a punchy new album and monster headline tour across the globe. From 29th November – 15th December Richie and his band will be blazing their way across UK and Ireland with 16 rip-roaring shows.

Richie Ramone is famed for his time spent drumming for the iconic New York City rock band the Ramones. He spent almost five frenzied years, between 1983 and 1987, charging his way around the world; playing over 500 shows, whilst recording three albums. Praised by Joey Ramone for putting ‘the spirit back into the band’, Richie was the only Ramones drummer to be credited as the sole composer and writer of six Ramones songs.

In 2013, Richie Ramone catapulted back onto the rock’n’roll music scene with the release of solo debut album: ‘Entitled’. He now continues to uproot modern music culture with ‘Cellophane’ – a stripped down, raw rock album; fully loaded with gravelly vocals, catchy guitar riffs and 80’s punk-rock vigour.

Aggressively catchy, ‘Cellophane’s’ powerful lead single ‘I Fix This’ perfectly reflects the ‘take no bollocks’ pure-punk attitude of the album. Yet showcasing Richie’s musical versatility – the heartfelt ‘I’m Not Ready’ delivers a more personal, toned-down melody. Other noteworthy tracks include Depeche Mode cover ‘Enjoy the Silence’ and ‘Pretty Poison’, which was penned by Richie during the 1980’s.

Watch the video for ‘I Fix This’ Here:

“Attack of the Animal Boy! World Tour” is an un-missable event for fans of the Ramones, Nirvana, Sex Pistols and Green Day. Throughout the shows Richie Ramone will be accompanied by his steadfast band of Rock’n’Roll veterans: lead guitarist Ronnie Simmons; bassist and vocalist Clare Misstake, and drummer/rhythm guitar player Ben Reagan.

We have limited interview opportunities available so please get in touch as soon as possible.

‘Cellophane’ was released by DC Jam Records on 5th August 2016.

The folk-rock ‘Leave Me To Me’ portrays the perfect song of independence, becoming more powerful as the composition gets stronger throughout. This song is ideal for the ever-growing and popular alternative scene, offering a track that is unique yet captures the essence of traditional old-age Britpop from the likes of Oasis.

She knows what sound her audience want to hear and has created a song that is extremely strong amongst the music scene today. Her raw lyrics draw upon her natural roots of small gigs and festivals, showing that Karmilla has not lost herself amongst her experience of fame, and still remains genuine, making her all the more captivating. These elements prove that Karmilla has succeeded in creating a track that is timeless, and she is likely to have high success in the future.

Leave Me To Me and Early Workings Of An Open Mind are both out now!

Reverieme is Louise Connell, an artist who hails from the quaint Scottish market town of Airdrie.

A secondary school teacher who is as passionate about her artistic output as she is her chosen profession. While many of her colleagues are currently balancing the pressures of exam season with the longing for the summer holidays, Reverieme is also working towards the release of her long-awaited album Straw Woman.
Inspired by the myriad books, films and records she has devoured throughout her life, she creates captivating, haunting songs that offer an intriguing glimpse of an inquisitive mind and a unique view of the world around her.

Having supported Gotye, Newton Faulkner and Emmy The Great on tour, Reverieme has already caught the attention of some of the industry’s most acclaimed artists.

After building a reputation as a musical innovator on her first two albums, 2010’s Melodies and 2013’s With Up So Floating, last year’s acoustic EP Or Else The Light set hearts fluttering with it’s intrinsic beauty and flawless vocal delivery.

Having absorbed the musical influence of such diverse artists as Neko Case, Of Montreal, Arcade Fire and Amanda Palmer along with many others, she also creates all of her own artwork, photography and videos for each release. An artist in charge of every aspect of her project, Reverieme is an innovator to the very core.

Channelling her creativity in the build up to the album release, she has launched a Pledge campaign which gives fans and new listeners a chance to engage with every aspect of her new release. From one-off illustrations to picture books, her Pledge campaign showcases the breadth of her artistry. A perfect example is the powerful video for the song Plankton, which gained many plaudits and was accompanied by a fascinating essay explaining the origins of both the song and the video.

Her evident skill with language is more than matched by her ability to pair it with beautiful melodies to create stunning, timeless songs, the meaning of which is very much left to the listener.

The release of Golem, which has been premiered by Louder Than War, heads up the release on July 1. Having already won loyal fans at BBC Radio 2, BBC Radio 6 (including Lauren Laverne) and Radio X, Reverieme is excited to finally unveil Straw Woman.

Featuring some gorgeous vocals and crisp production, ‘Crush’ was recorded with the help of producer Rob Cass who has worked with the likes of Robbie Williams, Will Young and Paloma Faith.

Having played guitar and piano since the age of 10, Line has long had a passion for music, her mother often telling her she could feel her dancing in the womb. She started writing her own songs and performing to people as a late teenager, although she was very shy at first. However, this shyness also helped to fuel her songwriting, making her lyrics more personal and introspective.

Releasing her debut EP Fly High Fly Low in 2014, Line has already gained some recognition in Norway, her EP receiving acclaim from critics including a top score of 6 from Utropia. Her single ‘Why do I Cry’ was even played on national radio.

A highly versatile musician, Line not only sings and writes her own music, she also plays a number of instruments include guitar, piano and harmonica (she is currently also learning to play the fiddle). She has a keen interest in vintage music and vintage guitars and owns several custom made guitars and her own custom-made pedal-board.

Line was born in Tromsø, also living for some time in Svalbard, one of the most Northerly inhabited places in the world. As a child, she grew up regularly witnessing the beauty of the Northern Lights, as well as once having a close encounter with a polar bear whilst at Kindergarten.

Having already played a gig in Bedford and recorded in London, the singer is now looking to spread word of her talents to the UK.

Norell and The Dub Factory have a deep rooted love of upbeat, positive vibes highlighted by their exciting new single ‘Diggin’ it Deep Down’, which is set for a release of mid June – right in time for summer.

The spirit of their feel-good sound combines the roots of the band members’ Italian heritage including the enigmatic vocal passion of Norell with the superb guitar licks of Valter Vincenti, who is also working with the reggae star, Alborosie.

It is perhaps the unique blend of cultures that most deeply reflects why this 5 piece feel so many should end up ‘diggin’’ their new track, with members from Italy, Japan and the UK all playing their part.

‘Our key aim,’ explains Norell, ‘Is to deliver a simple message with clear and direct lyrics to connect immediately with the listener. Our connection with fans is very important to us giving them music that reflects  life experiences creating a real and strong bond with our fans and those who we hope discover our music.’

‘We want to make people feel like dancing and that is why we believe our live set is so important ,’ Eleonora continues , ‘Without losing the idea of sharing important messages and concepts through our songs, if people dance to our music first , they will then we feel discover a meaning and a story behind the grooves. In addition, we believe strongly in supporting the LGBT community and i guess due to the cultural mix within the band feel strongly about standing up  for human rights causes, children’s rights and so on, which may be unusual for what many may think is a pop band.’

The group’s powerful vocals and infectious beats stem from an array of different influences including the likes of Joss Stone, Janis Joplin and Damian Marley. They also take heavy influence from Belgian soul/reggae artist Selah Sue, who at some stage they would love to try and support.

Norell & The Dub Factory could be one of the unsigned artists to watch out for this summer, so check them live, and get to know them better through their tantalising new song, ‘Diggin’ it Deep Down’.

Somebody Told Me…
Blog at WordPress.com.